Ithamer Stow was born into a farming family  living in Grafton, Massachusetts. He was welcomed into this world by his mother Sally Bright Temple and his father, the original Ithamer Stow. Soon after he was born he was given the nickname Jr. so that it would be less confusing for the other 7 people that were living in the Stow home and he would carry this nickname throughout his youth.

After Ithamer finished his limited schooling he decided to venture out into the world on his own. He left in his early twenties, moving around a lot, until he  purchased a farm for $1,700 located in West Millbury, Massachusetts. It was this farm that would eventually become the Stowe Homestead.

Besides buying and starting the farm, Ithamer Stow's major legacy is that he added an "E" to the family last name. When his son was born, naming him George Ithamer Stowe, the "E" was added to his name making Stowe the way it is still to this day.

George Ithamer Stowe was born on the snowy morning of February 22, 1853. He grew up on the family farm and learned directly from his father. George under the tutela ge of his father became a master farmer, so good that his father Ithamer sold George the farm  in 1874 when he was just 21 years old for $4000.  As George grew older  Stowe farm became more and more prevalent in the Millbury community, along with George himself.

George became engulfed in the Millbury community. He became a member of the investment committee for the Millbury Savings Bank. He joined the First Congregational Church in Millbury  leading  their choir. George was also the Millbury Grange master. He became  trustee for the local cemetery and played an integral role in restoring and beautifying the cemetery.

Oscar Henry Stowe not only inherited the Farm from his father, he also inherited the responsibility to take care of his ailing mother Mary Jane Robbins. These two things took up the majority of Oscar's life and free time.  Even with all of these responsibilities Oscar was still able to find a wife, Alice Minerva Brigham. Oscar and Alice would go on to have three children: Carolyn Mae Stowe, George Brigham Stowe, and Arthur Lewis Stowe.

Oscar was seen on the exterior as a cold and stern man, but those that were close to him, knew him as a kind and caring man. He was known to help anyone in need, except like the Stowe's that came before him Oscar chose to help quietly. Oscar ran the farm until he passed 1960. Stowe farm was then left  to his oldest son George Brigham Stowe.

George Brigham Stowe grew up on the family farm growing to have  deep love and respect for the land. He embraced in being a farmer.  George also saw that the world was changing, therefore, he decided to shift the focus of the farm. He took what was traditionally a dairy farm and transformed it into an agricultural one.

Cattle was sold off.  Crops  were planted for future.  Apple growing became the main focus of Stowe Farm. Selling  produce  to stores and  weekly trips into Worcester with his horse and buggy was another way to market the apples.

As the agricultural farm became more successful George started to expand his reach. He went through the new immigration program to hire Jamaicans to come and work on the farm and eventually as time went on he moved into wholesale distribution and mass food production.  Eventually George decided to open up his esteemed orchards to the Millbury community by creating the "pick your own" program, which allowed people to browse the orchard and pick there own apples.

Outside of the farm George lived a busy life. He became a member of the investment committee at Millbury Savings Bank. He also became  the trustee for the Millbury cemetery. Above all, George  was a fervent church goer - attending the First Congregational Church in Millbury , leading the choir. George unknowing lived a very similar life to one of his ancestors, George Ithamer Stowe sharing multiple common interests.

In 1939 George Brigham Stowe fell in  love with Ruth Higginson and married her.  As a result, 3 children were born. Jonathan B Stowe, Justin Charles Stowe, and Amy Elizabeth Stowe. Ruth unexpectedly pass away on November 3, 1950 in the farm house.

At one point George Brigham Stowe, his mother Alice, his daughter Amy, Amy's husband Dean Peterson, and their 3 children (Deanna, Leah, and Maura) all were living in the Stowe family home at the same time. Four generations!

By the time George had passed away his two sons had also passed, leaving  Amy as the sole inheritor to the farm therefore  making her the first female owner in its history. 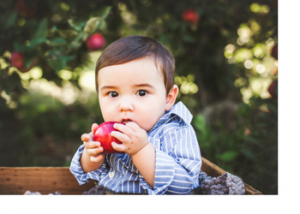 The eighth generation of Stowes has begun with the birth of baby Emmett George. He was born on February 22, 2017--the same day and 164 years after the original George Ithamer Stowe!

Stowe Farm has grown into more then any of the previous Stowe's could have imagined. Going off of the vision of George Brigham Stowe the farm has shifted almost entirely to full Agritourism. The orchards are still open and crops are still grown, however the farm does so much more.

The Farm now does many different activities in the hope of drawing visitors of all types to the farm, or otherwise known as Agritourism.  Stowe Farm now offers entertainment for all ages. Appealing to kids would be rock wall climbing, a petting zoo, pony rides, bounce house and a local favorite, moo-choo train rides.

Every child that visits Stowe Farm is accompanied by a parent or guardian so the farm has also tried to create activities that would be appealing to them as well. They just opened the Bad Apple Saloon, and along with that they have brought live music and new events like the Hard Cider Fest.

Stowe Farm has also branched out in the form of dogs. The farm now breeds, trains, and boards dog and puppies. With top notch trainers and breeders on their staff and great, but affordable kennels Stowe Farm is quickly becoming one of the go to places for everyone's dog related needs.